I have tried marinating goat cheese several times now, each time using different combinations. The first time I based them pretty closely on a delicious-looking recipe I found on Epicurious, and the next time I tried some of my own combinations.  It will take you a couple of hours to make all three, but it is well worth the time. They make a beautiful presentation, and I don’t think I’ve ever served a more complimented appetizer. You can make them up to three days in advance of serving them. This is nice when you’re having a party because there are always so many other things that can’t be done until right before.

The great thing about this idea is the sky is the limit – you can marinate the goat cheeses with almost any ingredients that sound good to you. The ones listed here are my three favorites. I actually prefer using shitakes in the mushroom one, but my husband prefers the porcinis so it really depends on personal preference. The first two are based on the original recipe while the third is one of my own creation.

The three marinades listed below offer a nice range and diversity of flavours. There is something for every palette here: fans of strong flavours such as rosemary, sun-dried tomatoes, and roasted garlic will prefer the herb one, those who love mushrooms will appreciate the delicious earthy flavour of the porcinis, and those who prefer something sweeter will gravitate toward the beet and candied walnut combination (when I served this last weekend, a couple of people were convinced there were cranberries in this one). Most guests will enjoy tasting them all. 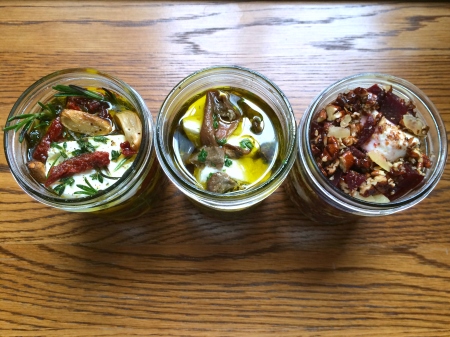 Roughly half a cup of quality extra virgin olive oil

Salt and pepper to taste

Roughly half a cup of quality extra virgin olive oil

Salt and pepper to taste

Half a cup candied walnuts

3. Cut goat cheese logs into 12-15 rounds (roughly half an inch thick).  Place cutting board with round on it in the refrigerator while preparing the other ingredients. 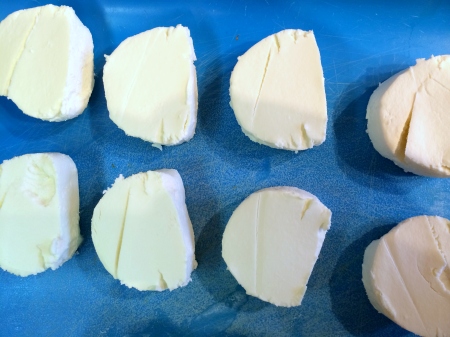 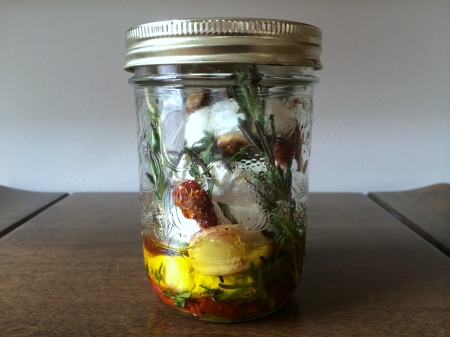 4. Place garlic on a pan and drizzle with extra virgin olive oil.  Bake about 20 minutes until garlic is tender and lightly browned.  Allow the cloves to cool, then peel. 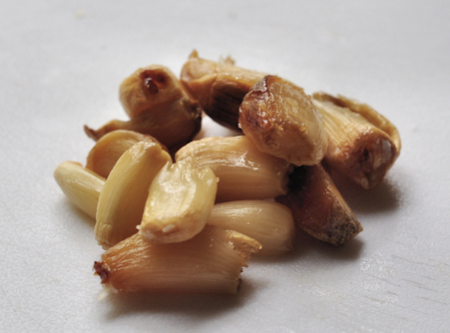 5. Remove rosemary and thyme from their vines, leaving 2-3 intact for decoration.

6. Place herbs, roasted garlic, and sundried tomatoes on a plate or cutting board in preparation for assembly. 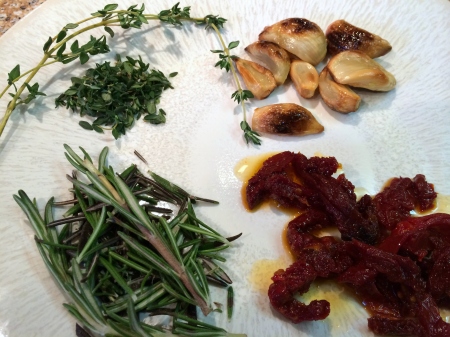 7. Put one or two sun-dried tomatoes, a garlic clove and some rosemary and thyme in the bottom of one of the mason jars. Drizzle with with extra virgin olive oil. I used the last of this delicious olive oil I brought home from Spain. 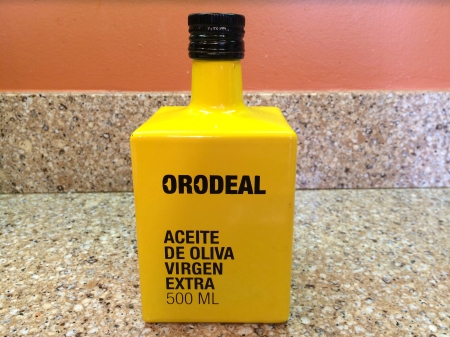 8. Place a cheese round inside the mason jar and continue layering with remaining the sund-dried tomatoes, garlic, herbs, and as many cheese rounds that fit comfortably in the jar with room for the other ingredients on top.  Add salt and pepper to taste and drizzle with olive oil between each layer. 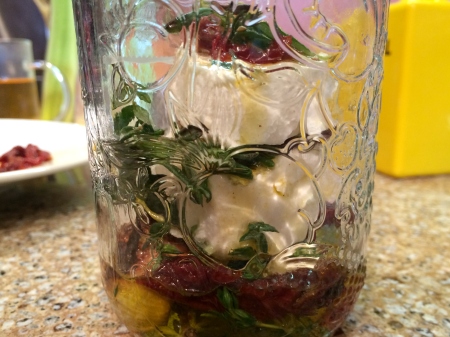 9. Place whole springs decoratively around the perimeter of the jar. Pour in enough olive oil to fill the jar to the top, then seal it tightly and refrigerate. 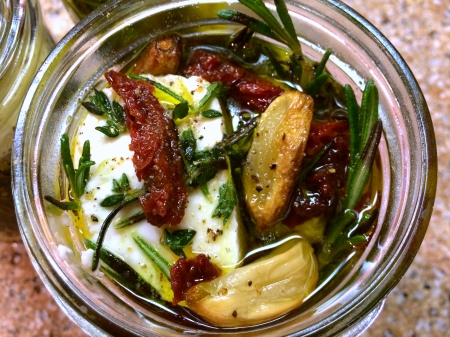 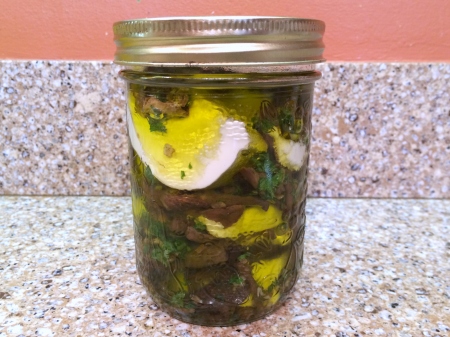 10. Rinse porcini or shitake mushrooms under cold water in a sieve, then drain and place them in a bowl. Pour enough boiling water over them to cover the mushrooms and let them sit for 30 minutes (until soft). 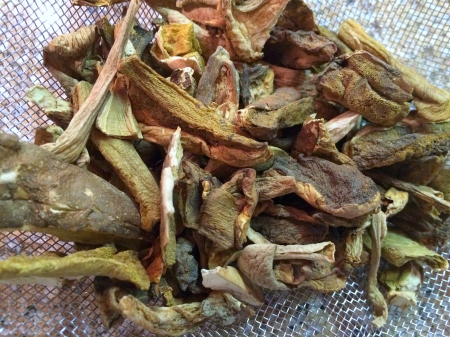 11. Mince garlic cloves and sautee in 2-3 tablespoons olive oil on medium-low heat until cooked but not crisp, about 4-5 minutes. Drain mushrooms and add them to the mixture for another 2-3 minutes. 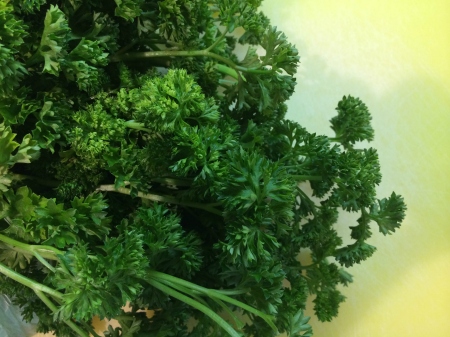 12. Chop parsley and add to the pan, stirring until mixed. Add salt and pepper to taste. All this mixture to cool for a few moments before layering this with the cheese. 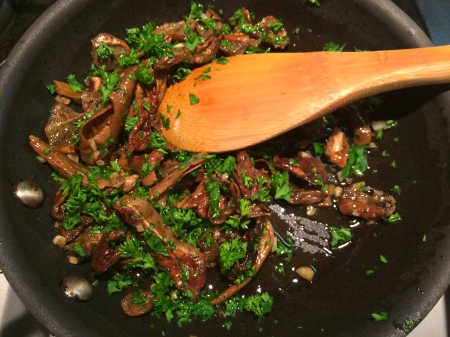 13. Layer mushroom mixture and remaining goat cheese in the last mason jar, drizzling with olive oil in between each layer. Fill jar to the top with olive oil and seal tightly. 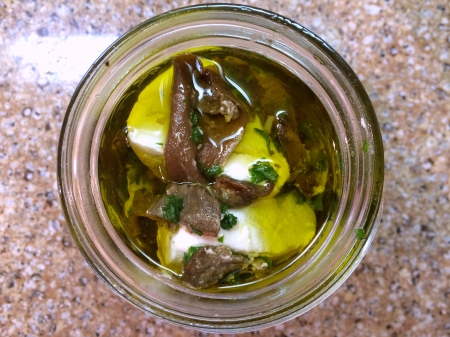 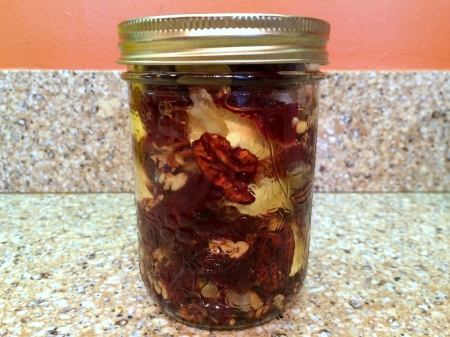 14. Scrub beets until clean, leaving roots and 2 inches of stem on.  Boil in a large pot of water with one teaspoon of vinegar in it for 30 – 45 minutes until tender (depending on size of beets). Remove and run under cold water, then slip off the skins, stems and ends. Let cool and dice into small cubes. 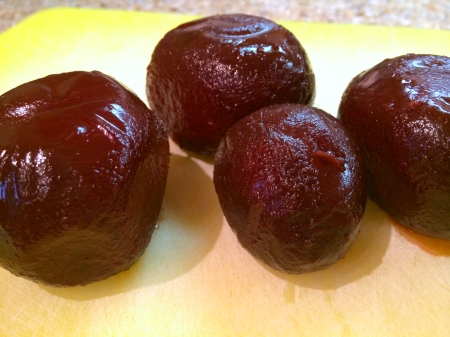 15. Chop and slice preserved lemon into small pieces. There are many ways to preserve lemons. I used this lovely recipe from Kellie’s Food to Glow, but you can also buy them in specialty food stores. 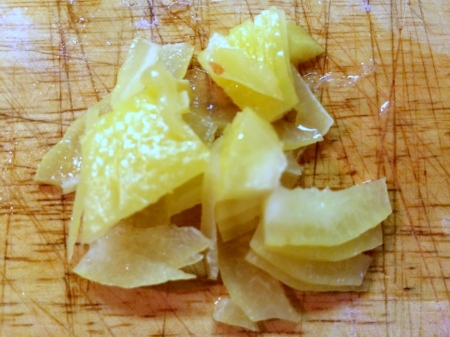 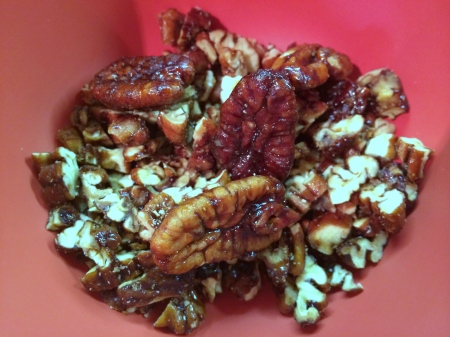 17. Layer beets, walnuts, and preserved lemons with the rest of the goat cheese rounds in the last mason jar, drizzling each layer with macadamia nut oil. Pour in enough macadamia nut oil to fill the jar completely, then seal tightly and refrigerate. 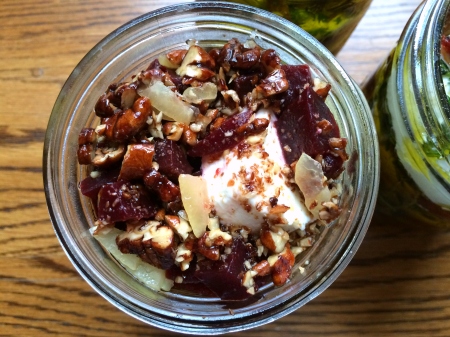 18. Take the jars out of the fridge an hour or two before serving to allow them to soften a little. This will also give the oil a chance to clear, which makes for a nicer presentation. 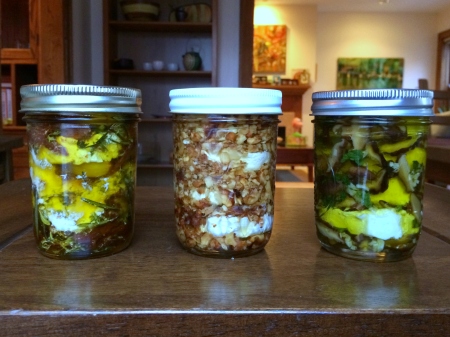 19. You can pour each of these onto decorative plates when you are ready to eat them, or serve them right in their jars. I like to serve them in their jars on a cutting board with a knife or spoon for each. They go equally well with bread or crackers, but I like them best with crostini. 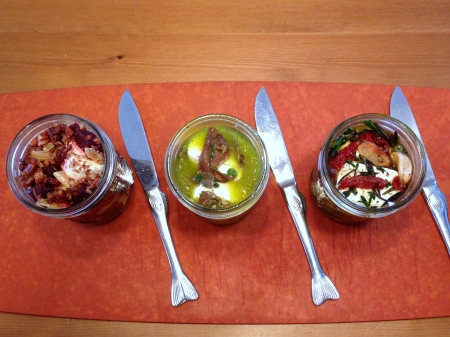 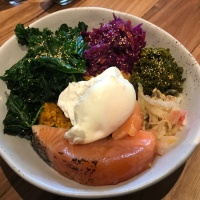 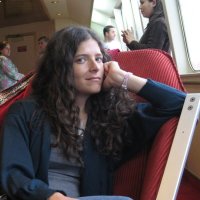 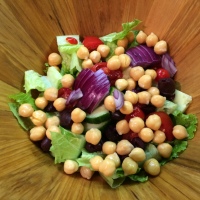 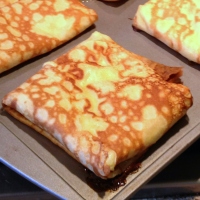 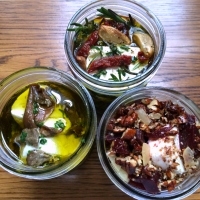 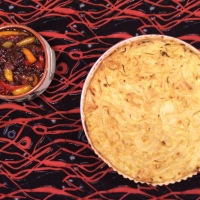 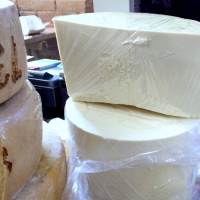 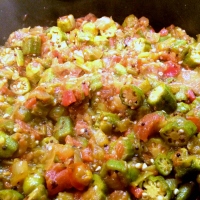 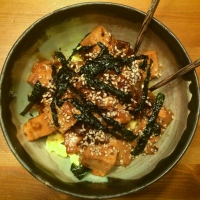 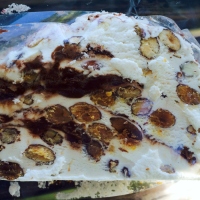